Some Severe Changes To Be Made!

There are a few things lately that have got me a bit down. It's mostly from being stuck in a house we don't like, my hypothyroid which makes it so very hard to lose weight and because because baby (who now is one year old) started teething at 2 weeks old. He is now gradually sleeping through the night and feeling happier in general. But alas! Now that I have a little bit of time here and there for me I don't know anymore how to best utilize my time. I do my chores and then I kind of meander around wondering if I start something is the baby going to wake as soon as I do!?
And that leads me to my first idea for change...

I need to have projects and such ready to commence so that as soon as baby sleeps it's time to get on with it. Jot down the most important things to complete. Don't waist one minute trying to figure out what to do first.

And if I start a new project I swear to work on it and only it until it is completely finished!

2. Get rid of all excess!
There's nothing more brutal on the way one feels than clutter. That is my opinion. Clutter as in "stuff" and clutter as in bad habits. It makes ones soul feel grotty like toxins in ones body that need a flush occasionally like Plato and Socrates, Ghandi and Christ did with their fasting to siphon all the bad away.
I've already begun to clear all that away and nearly clearing my home of "stuff" that is not needed nor wanted. It's nice. All feels free, open and it's nice to just have one of some things.
This also means for me excess weight. I got rid of the baby fat within a few weeks of my baby being born and the losing has come to a complete halt because of my thyroid issue. I stay at a certain weight and it won't go down or up. So now I think it's time to up the ante. Instead of just long walks I've got a maxi climber. It's great! I feel the burn. Also, back on a good diet (no eating rubbish) with plenty of protein rather than carbs. I'm taking a fish oil supplement, Alli (which is a brilliant thing) and keeping up on my thyroid medication. Fingers crossed! I can only work hard at it and persevere. My favourite era for clothes is a time when women had to be nice and slender to wear the latest styles (not skinny at all but not overly curvy like me). Besides its ideal one feels good about ones self and if that's the way for me to feel good about me I need to get on with it! 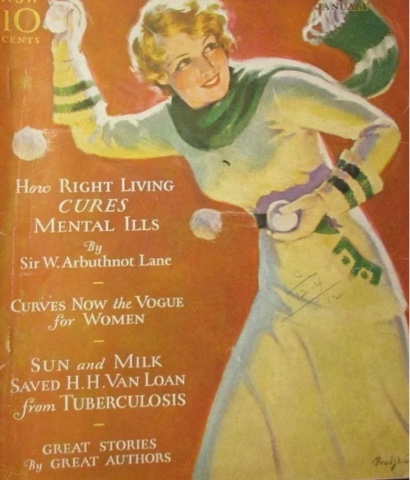 This might very well fit under excess, too. I've got so very many projects started that's it's overwhelming and it's dragging me down. I need, NEED to finish things before I start another and before buying any more fabric or yarn. This is of the utmost importance to me.

I've found that I buy stuff way too often. There's nothing I should be buying. Except for the necessaries in everyday life, there's nothing I need. I have to stop buying things that I think I need. This may also go back to no. 2 because oftentimes when I buy things I feel it was a waist of money and I wish I hadn't bought it, I DO NOT NEED IT and that makes me feel crummy. No more!

Since our days of homesteading and self-sufficiency (in wide open country and not in the city) are not far off I've decided there needs to be change contrived now rather than wait around for this lifestyle to fully transpire. The godfather of homesteading, John Seymour says...

"Contrariwise, nothing can stop the flowering of a society that manages to give free rein to the creativity of its people-all its people. This cannot be ordered and organized from the top. We cannot look to government, but only to ourselves, to bring about such a state of affairs. Nor should anyone of us go on 'waiting for Godot,' because Godot never comes.'....It is the essence of self-reliance that you start now and don't wait for something to turn up."

I can't have said it better, therefore, I've decided that I'm going to do plenty of things differently and to prepare for our life on the open range. It's time for change. If I want happiness, it's changing time!
We alone are the knitters of the fabrics of our existence.


Somehow, I've deleted my entire latest post. I'm so horrible at this stuff but anyhow!

When you come up with an idea for a fashion piece, or sport one, particular to the impending seasons' wardrobe do you suddenly see it everywhere? I know I do, it happens to me every once in a while. Just as I've drafted the pattern and am at last going to tailor myself a checked suit it happens! Checks are everywhere.

Carol was my inspiration in one of my favourite films of hers where she wore this suit. 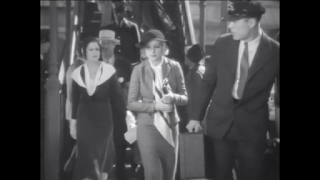 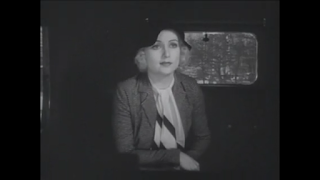 This type of very femininely tailored suit was very high in fashion in the 1930s and although hers is a very fine black and white herringbone I thought this suit in checks would make just as emphatic an outcome... 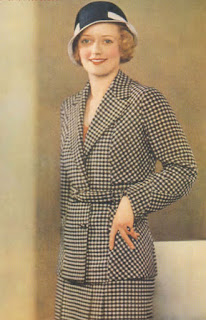 I just love this one but it shall be but a one button jacket (maybe?) and the black and white checks a bit smaller so at a distant it may appear to be a gray suit. Brilliant. I had it all planned out and went to the sewing room, drafted it in just a few hours and emerged to indulge in tea, knitting and a picture. So, with my little Teddy, watched a Madge Evans picture. Well, you wouldn't believe! She was in checks. 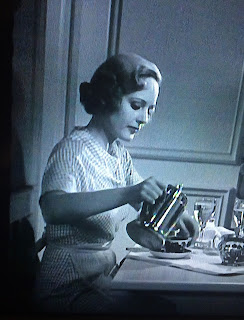 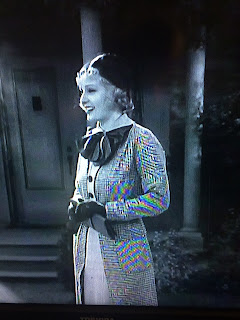 I will never be more lovelier than Madge, but I would like to think I may pull these checked numbers off nicely, too! I keep seeing the considerable bow everywhere an' all.
And then there was Mae Clark in "Fast Workers," which I saw today for the second time. She played a floosy and the dress shows it but I still like it quite a bit... 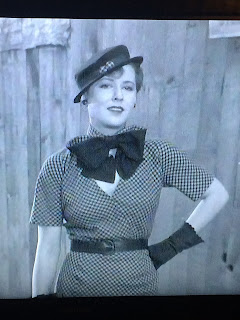 Yes, and the bow again!
I suppose it's just because I've had my eye on checks and am paying attention that they seem to be popping up everywhere I look.

I also just love checks as trim, here are some examples... 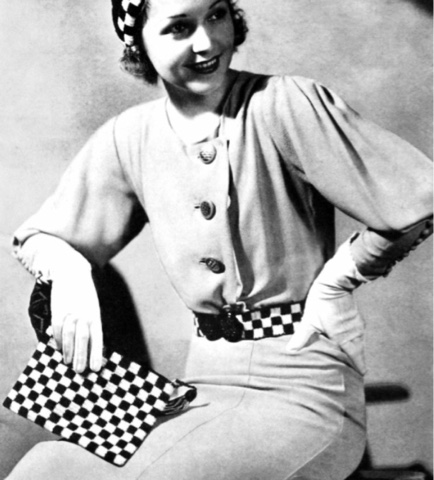 These two are, of course, knitteds but nonetheless going along with the waves of checks which were so popular on and off in the early to mid 1930s. Let me not forget to mention checks can be traced back to early recordings of fashion history. 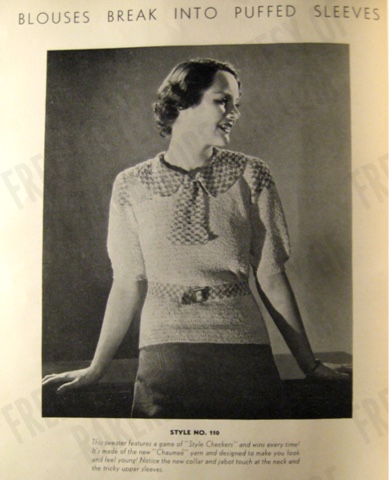 And here's Constance Cummings in 1933 in the Mind Reader with Warren William wearing a bias checked frock. She told New Movie magazine that she was just smitten about green and white checks and all-plaid frocks. This is certainly something I would make or make that a plain white frock with the check as a half or three-quarter length tunic. Must have the bow and tie to go with it of course! 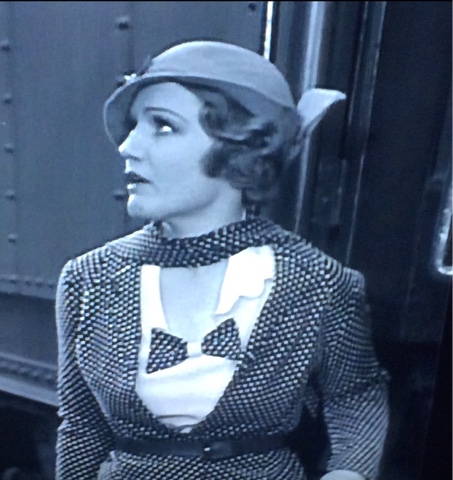 I'll have to decide on whether or not to go for the full checked frock or suit or just add a touch of it to complete an ensemble.

Just one more for the hell of it from mccalls magazine...and technically it's windowpane and not checks but I still love it and it's simplicity...

Gotta do something about my appetite for checks.

Hello! From The Editress! 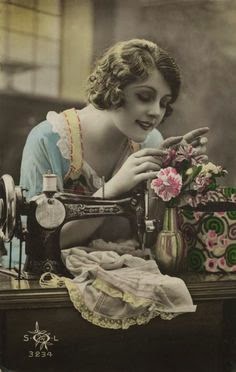