I just keep on coming back, don't I? I leave for a while at times, but always end up coming back. This time I felt like sharing my summer ensemble ideas. I've no friends to share them with  so I thought I would share the ideas with anyone who might read my entries. Which is probably no one still, but whatever. At least I would have had some outlet!
So it always starts with an idea and then a list. Always does, yes? I've a hundred lists all over the place for the "to do" things, the things to be finished, the list of supplies to get and so on and so on. 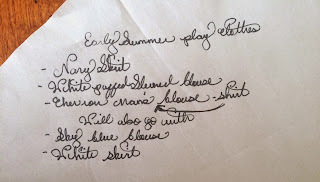 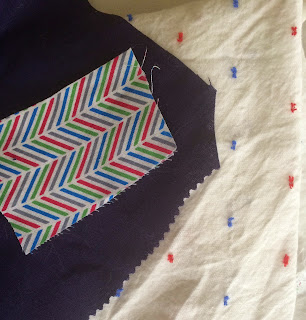 The cotton, linen and swiss that brought on the inspiration. I went in to joanns to get more pellon and spied the chevron (wow... Joanns occasionally has something worth buying) and bought a bunch for clothes for baby. I saw a similar fabric pattern in my womens weekly 1934 which was made into childrens dungarees and frocks. The photographs in the weekly being in black and white, I can only picture what the colors of the chevrons would be, but these were common colors for childrens clothes and womens blouses...which also inspired this... 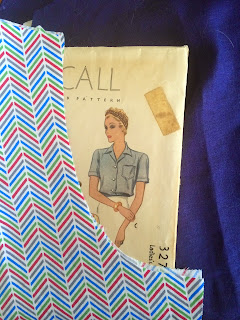 I love this ladies' man's shirt pattern and I think I've used it close to 20 times. This pattern on the fabric is quite busy but I do like it. It'll turn out better than you think, wait and see! 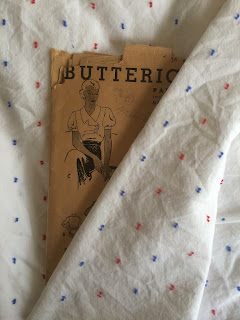 The youthful pattern for the Swiss. I love details of 1930s frocks and such. They're ever so inconspicuous at times but I notice them every time and love them. Just look at the "fleabite" in the collar!


Finally, for the skirt (a very basic skirt I drafted ages ago), 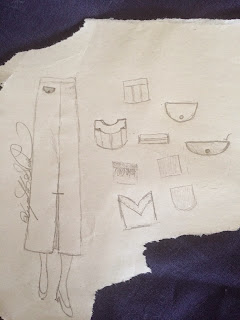 I'm using a navy blue linen I've had hanging about for ages. But for summer "play" I wanted a pocket or pockets. I sketched up a few before I decided I just wanted a welt pocket with a flap to hold my compact or comb.
That's all for now, check back! I'll be posting pictures real soon of finished results.