Revisiting Radio Again And A Recipe!

I am daily listening to radio and my gramaphone and quite pensive upon it throughout the day and just how much I like listening to vintage radio. You wouldn't really hear me use the term, "vintage" radio because to me it's all new like silent films and precode hollywood that I'm seeing for the first time, but to others thats just what it is, "vintage."

I spoke on 1920s, 1930s radio ladies in a former post and really would like to talk of 1930s radio a bit more and perhaps in more posts down the road. 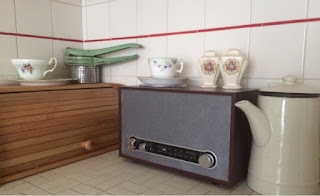 My husband bought me this radio for Mother's Day for my kitchen, which means I get to put my gramaphone back into my sewing room until I get another. Besides I shouldn't keep cranking it with bread-dough-covered hands.
Husband found a lot of my music and plays it on my new radio wirelessly. It isn't my style but still older-looking and I think it's just swell! 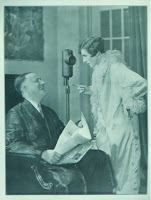 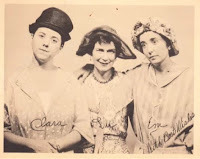 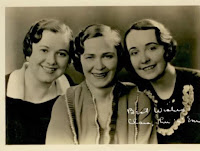 I just love listening to Clara, Lu and Em while I cook and bake and clean. They were three ladies who just did normal everyday things and had interesting and funny things to say about life and love, marriage, politics and the rest of the world. They're a bit hick but it's real funny! It must be my favourite radio show aside from Mr. And Mrs (not mr. and mrs. North)! These two were a funny couple. And you gotta wonder sometimes whether to take them seriously or not, it was like listening to a couple you've invited to dinner. A little awkward at times. It's a riot. I do love the occasional mystery and drama as well! I get a real thrill of my radio shows and singers. I wish they could go on and on. Alas! I treasure what they gave us.
Well, because I listen to the radio while I do most things like sew and draft,  drape and knit, read and write and mainly  cook and bake I've included a recipe that I put to the test today. It's a recipe from my 1931 delineator magazine and it turned out so very heavenly. It would be ideal for summer most certainly!
Give it a try!
Posted by Krystle! at 7:15 AM